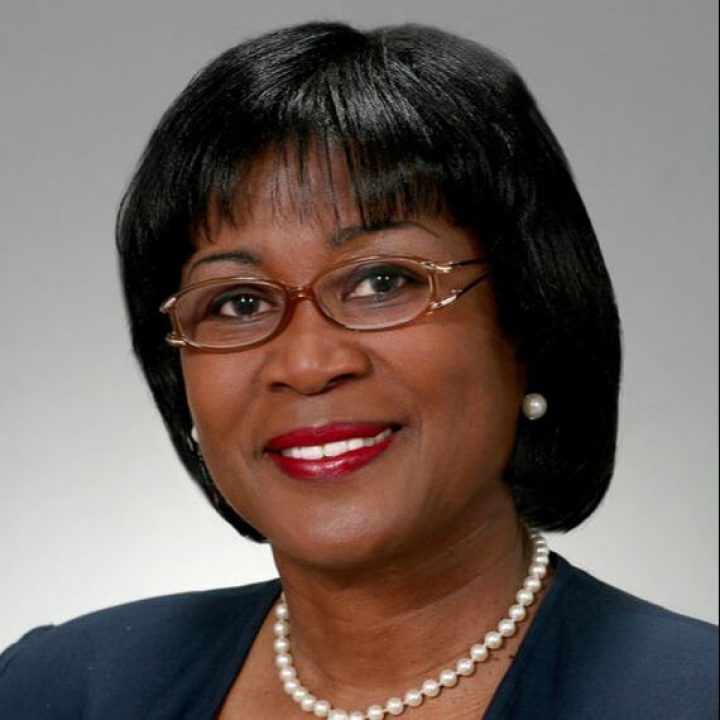 Ross-Hammond has a bachelor’s degree from Ithaca College, a master’s of music education from the College of New Jersey, and a Ph.D. in educational leadership, curriculum and instruction from the University of Denver. She also graduated from the Sorensen Institute for Political Leadership at the University of Virginia. She has previously worked at Norfolk State University as a professor and Director of Service Learning and Civic Engagement. At Norfolk State University, Ross-Hammond was awarded the Distinguished Faculty Award [2, 3, 11, 14]. Ross-Hammond is a former Virginia Beach councilwoman [16].

Some of Ross-Hammond’s community service work includes being the Founder & Chairman of the Virginia African American Cultural Center, chairs the Mayor’s Inclusion Diversity, Equity and Accessibility Commission, chairs the Planning and New Starts Development Committee for Hampton Roads Transit, is the President Emeritus for the Young Audiences, Arts for Learning Virginia, President of the Virginia Beach Beautification Commission, Vice President for the State Community Services Board, and Commissioner for the State Children’s Cabinet Professionals [1, 2, 8, 11].

Ross-Hammond is a member of many professional organizations such as the Mayor’s African American Roundtable, the National Black Women for Positive Change Organization, the Black Brand Chamber of Commerce, and the American Association of University Women [1, 2].

Some examples of Ross-Hammond’s involvement on the City Council of Virginia Beach include the gifting of 4:83 acres of land to build the Cultural Center, the negotiation of $2.5 million for the Historic Kempsville District, the construction of Kempsville Road, and the establishment of the Business Entrepreneur Academy in the Virginia City Public School system. She also worked in collaboration with the VB Convention & Visitors Bureau to publish the city’s 1st Self-Guided Tour brochure of African American History in Virginia Beach [1, 2, 14, 15].

Ross-Hammond has been awarded many plaques, certificates, and other awards such as the late Mayor Meyera E. Oberndorf’s Achievement in Government plaque from the VB Human Rights Commission, the “Impacting Lives Award” from the New Journal & Guide, and others from institutions such as the Virginia Beach Human Services Department, the Les Gemmes Nonprofit Civic Organization, and the Washington Center for Internships and Academic Seminars. In addition, she has received a “Letter of Commendation” for her community service from Congresswoman, Elaine Luria, and Resolution of Accomplishments declared December 13, 2016, as “Amelia N. Ross-Hammond Day” by the City of Virginia Beach [1, 2].