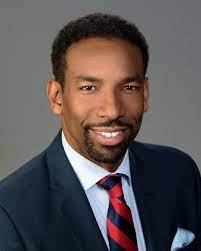 Dickens earned a bachelor’s degree in Chemical Engineering from the Georgia Institute of Technology and a master’s in public administration at Georgia State University. He was born and raised in Atlanta, GA. Dickens co-founded City Living Home Furnishings, a multi-million dollar retail company, and ran it for nine years. He also headed the African-American Male Institute, which boosted academic success for black male students at Georgia Tech. Dickens is also Georgia’s community leader at TechBridge, which is a source for nonprofits to obtain technology and business expertise. He co-founded the Technology Career program to teach technological skills to disadvantaged individuals. In 2013, he was elected to the third at-large seat in Atlanta’s city council, which he currently still holds. Before then, he served as the chairman of the Public Safety Committee and Community Development Committee.