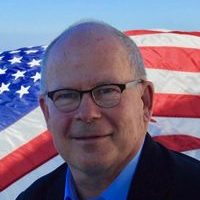 Andy Baan graduated from the University of Notre Dame with a bachelor’s degree, Penn State Dickinson Law with a law degree, the Naval War College with a master’s degree in national security and strategic studies, and Norfolk State University with a master’s degree in cybersecurity. Baan is an Eagle Scout, and from 1980 to 2010, he served in the U.S. Navy, retiring as a captain. While on active duty, he served in the Iraq War, earning a Bronze Star, and was selected as a commanding officer in the Navy Reserve six times. He was an Intelligence Officer during the first Gulf War and served as the Operations Officer at the NATO Headquarters in Norfolk. He then became a defense contractor and has additionally worked as a felony prosecutor. Baan currently works as a cybersecurity consultant.