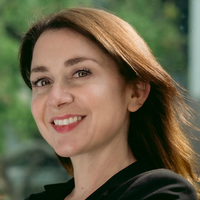 Anna Slotky Reitano received her undergraduate degree from Occidental College and her J.D. from the University of California, Davis, King Hall School of Law. While in law school, she worked as an extern at Legal Services of Northern California, interned at the Screen Actor’s Guild, and clerked at the LA District Attorney’s office [2]. Reitano currently serves as an LA County Public Defender and primarily works on felony trials. She also has experience in Juvenile court representing solely children [1]. Before joining the Public Defender’s Office, she worked as an associate attorney for Green & Shinee, and as General Counsel. She is the Treasurer for the Public Defender’s Association and a Union Steward for Public Defender’s Union Local 148 [5].

Reitano previously worked as an actress, with credits including Home Alone, Home Alone 2, and the tv show The Torkelsons [10]. She is a wife and mother of two elementary school-aged children [8].

7 The Defenders of Justice