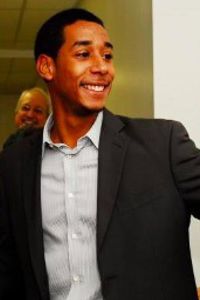 Reynoso was born in the Bronx and raised in Williamsburg’s Southside. Reynoso graduated from Le Moyne College with a bachelor’s degree in political science and served as a Community Organizer for NYC’s Association of Community Organizations for Reform Now. Reynoso became Councilmember Diana Reyna’s Chief of Staff in 2009 and was elected to represent the 24th district in the New York City Council in 2013, where he serves as the current Chair of New York City’s Council’s Committee on Sanitation & Solid Waste Management and Co-Chair of the Council’s Progressive Caucus.