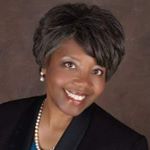 Benita Beckles graduated with a Bachelor’s in Sociology from Hampton University and a MA in Education from George Washington [6]. Currently, she is the president of Potential Plus, LLC [4]. Beckles retired from the City of Detroit as a human resources manager and City of Phoenix as a senior human resources analyst. She also retired as a group commander, having served 30 years as a commissioner in the Air Force and Air Force Reserves [1].Beckles is a current member of: Goodyear’s Faith and Community Roundtable, Goodyear’s Community Action Network [3], The Tuskegee Airmen Inc., Military Officers Association, and various public service organizations [1]. She is a self-published author with a workbook titled The Self Discovery Workbook [2].