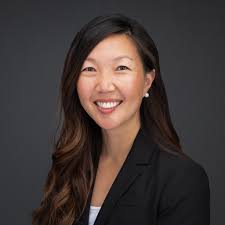 Branda Lin’s parents moved to Irvine from South Korea in 1980 and Lin was born and grew up in Irvine [1]. Lin received her Bachelor of Art (BA) in Political Science and Music Performance from the University of California, Irvine. She served as an IP Litigation Paralegal for several firms: Buchalter, McCarter & English, LLP. Jones Day, Irell & Manella LLP, and Kayes Scholar. Lin also served as the Community Services Commissioner for the City of Irvine, the Co-Founder for the Irvine Watchdog Paper, and as a Litigation Paralegal for Callahan & Blaine Lin is also a member of the Irvine rotary, the founder of the Smiles Initiative, she is also a National Women’s Political Caucus OC Board Member [2]. Lin currently lives in Irvine with her husband and two sons [1].