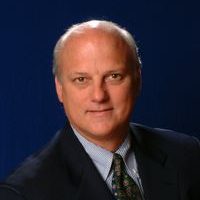 Brandon Beach received an undergraduate degree from Louisiana State University and an MBA from Centenary College [1]. Beach is currently a Georgia State Senator representing District 21; he has served in this position since 2013 [3]. As a state senator, Beach is a member of the Economic Development and Tourism, Higher Education, MARTOC, Administrative Affairs, and Rules Committees. He was previously Chairman of the Transportation committee [1].

Beach is also CEO of the Greater North Fulton Chamber of Commerce and the North Fulton Community Investment District. He has sat on the board of the Regional Business Coalition, the Grady Hospital Board of Visitors, the Greater Metro Atlanta American Heart Association, the George Association of Chamber of Commerce Executives, Encore Park, and the Historic Roswell Convention and Visitors Bureau [3].

During his time in office, Beach has become embroiled in controversy. Following the 2020 presidential election, he supported efforts to overturn the results and drafted a petition that asked for a special session to address “systemic” election failures [6]. Following these efforts, he was demoted and lost his chairmanship of the Transportation Committee [7]. In July, Fulton County prosecutor Fani Willis sent a letter to Beach telling him he may be indicted due to his connection to the fake electors scheme [8]. In March 2020, despite showing symptoms of COVID-19, he attended a special session at the State Senate. When he tested positive, the entire State Senate, and many staffers and officials, entered quarantine, and at least four other members of the State Senate tested positive [9].