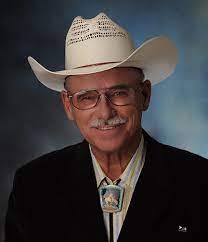 Chip Wilson has served in the U.S. Air Force and worked at the Boeing facility in Mesa as an electronic repair technician and certified electronic test equipment for 17 years [1]. Wilson spent nine years on the city council, followed by four years as vice mayor of Apache Junction. He was elected Apache Junction Mayor in 2020. Currently, Wilson serves on the board of the East Valley Back Country Horsemen [2].