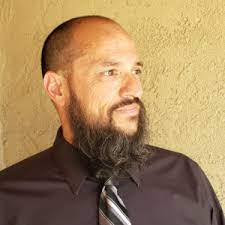 Chris Hamlet has spent over 5 years serving in the United States Army as an Airborne Medic and Orthopedic Specialist. Hamlet is currently self-employed as a contract courier with multiple clients. He received his B.S. in Technical Management and Associate of Applied Science in Electronics and Computer Technology from DeVry University [5]. Hamlet was born in Phoenix and was raised in Globe, Arizona, however, he has resided in the school district for 17 years now [1].