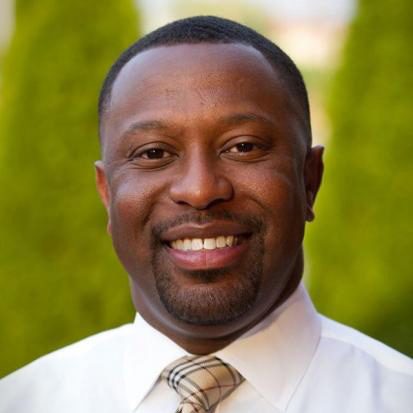 Christopher B. Jones earned his BA from James Madison University. He served as Mayor of Harrisonburg from 2015-2017 and has served as a city councilman since 2014. He is a 2013 graduate of the City of Harrisonburg Citizen Academy and former president of the Harrionsonburg-Rockingham NAACP. Jones has also previously served as a council representative on the Harrisonburg-Rockingham Chamber of Commerce, Deer Population Task Force, and School Liaison Committee. While a senior at James Madison University, Jones led a march that contributed to the establishment of Martin Luther King, Jr. Day as a university holiday [1, 2, 3, 4].