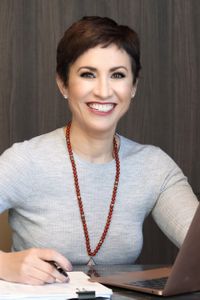 Dana Barrett attended Cornell University and graduated with a bachelor’s degree in Hospitality Administration before moving to the metro Atlanta area in the late 1980s [2]. Dana Barrett currently works as a Communication Consultant for dB Media. She is also a Venture Partner for Shadow Ventures. Before her current career, Barrett worked as a IHeart Radio Talk Show and Podcast host. She is an official spokesperson at TurningPoint Breast Cancer Rehabilitation. Additionally, she was a board member and a member of the Emeritus Board of Inspiredu Atlanta.
Barrett is the president of Washington Mews Apartments. She was also previously the interim CMO of Construction Check, and the president of DB Consulting and Coffee Buy the Book. She has been the host and producer of several shows, including Radio Sandy Springs, Business RadioX, Atlanta Tech Edge, the Jana Van Dyke Agency, and the Salem Media Group. Barrett was an editor for Midtown Review, the Book Report, and Better World Books.