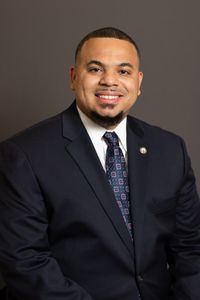 Mallow attended Asbury University, where he received his bachelor’s degree in leadership and ministry. He also received his master’s in public administration from Savannah State University [4].
Mallow is currently a Member of the Georgia House of Representatives, representing District 163. He assumed office in 2021 [1]. He is on the Economic Development & Tourism committee, the Retirement committee, and the State Planning & Community Affairs committee [2]. He also serves with the Boy Scouts of America, creating youth-focused programs throughout the district [4].