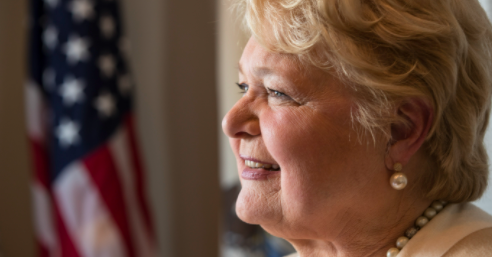 Allen graduated from Bucknell University with a Bachelor of Arts in philosophy in 1970. Allen was born and raised in Moorestown, New Jersey, graduating as valedictorian of Moorestown High School. She began her professional career in broadcasting, working at WCAU and KYW-TV in New Jersey until 1988. Allen decided to enter politics and represented the 7th legislative district in the New Jersey Assembly from 1996-1998 and New Jersey Senate from 1998-2018, serving as Majority Whip from 1998-2001 and Deputy Republican Conference Leader from 2002-2003. In 2002, she finished 2nd in the Republican primary as a candidate for the United States Senate. She was chosen by Jack Ciattarelli to be the Republican nominee for New Jersey lieutenant governor in 2021.