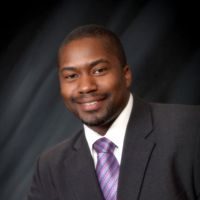 As a member of the Newport News City School Board, Brown has worked with the Board and Superintendent to increase on-time graduation rates from 89% to 93% and decrease the dropout rate from 12% to 2.1%. He has been awarded Board Member of Distinction from the Virginia School Board Association twice. Brown has also brought the Virginia Student Training and Refurbishment program to Newport News Public Schools and was elected by the Board Chairs of the Tidewater region to the Tidewater Vice Chair position which he served in from 2016 to 2018 [1].