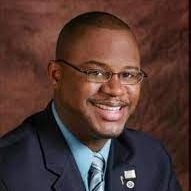 Edward Thomas graduated from the University of Phoenix with a BS in Information Technology. Prior to serving on the council, Thomas worked as a Mission Support Specialist with the U.S. Customs and Border Patrol [2].Thomas has previously been in the U.S. Army and the U.S. Marine Corps [3]. Thomas is involved with the Yuma Crossing’s National Heritage Association, Catholic Community Services [1]. In 2013, Thomas issued a public apology last evening after referring to a staff presentation as “less than adequate” [5].