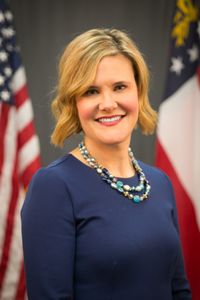 Parent has represented District 42 in the Georgia State Senate since 2014. She previously occupied the District 81 seat in the Georgia House of Representatives for two years [4]. She currently serves as Chairwoman for the Senate Democratic Caucus, Vice Chair of the Senate DeKalb Delegation, and Vice Chair of the Working Families Legislative Caucus [2]. Parent is secretary of the Senate Government Oversight and Special Judiciary Committees, and she takes part in two other committees [2].

Prior to her political career, Parent worked as a litigation attorney at Eversheds Sutherland LLP for six years [4]. She was the director of development for HOPE Atlanta, a nonprofit dedicated to preventing homelessness [3].