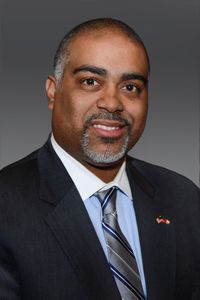 Erick Allen attended Volunteer State College in Gallatin, Tennessee, where he received his associate’s degree in secondary education. Allen went on to receive a bachelor’s degree in human and organizational development from Belmont University, as well as a master’s degree in business administration from Kennesaw State University. He is currently serving as a member of the Georgia House of Representatives, representing District 40.
After receiving his master’s degree, Allen started his own consulting firm, where he worked with small and medium sized companies  through the recent economic recession. He also worked to provide programs and services to those with behavioral and developmental disabilities. Since his election in 2019, Allen has worked to increase healthcare access, environmental justice, and access to resources for mental health, addiction, and recovery.