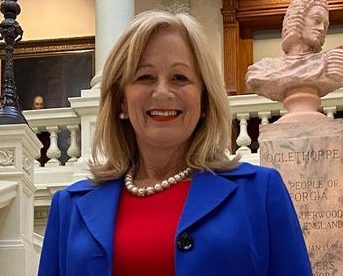 Jeanne Seaver is an active member of the Chatham county Republican party, and has worked on several Republican campaigns in the past, including Brian Kemp’s and Donald Trump’s. Seaver advocates for women and children in crisis, and she traces her interest in these areas to her difficult childhood. She has been working since age eleven and has three children.