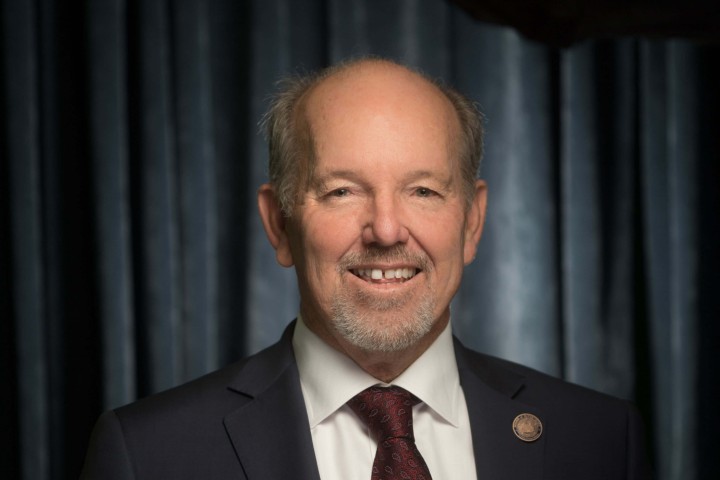 Jeff Hewitt received a B.S. in Biology from the California State University at San Bernardino. While in college he started his own contracting company. Hewitt has represented District 5 on the Riverside County Board of Supervisors since 2018. He previously served on the Calimesa City Planning Commission, the Calimesa City Council, and as Mayor of Calimesa [1]. Hewitt also represented District 5 on the Riverside County Transportation Commission, where he serves on the Coachella Valley Rail Corridor, Mid County Parkway, and the Western Riverside County Programs and Projects Committees [6]. He is the Vice-Chair of the Inland Empire Health Plan Governing Board and has owned a pool-digging business since 1971 [4, 7].

Hewitt was accused of sexual harassment by a former staffer, who alleged that he made inappropriate comments about her appearance and marital status [8]. He grew up in Redlands, CA and currently lives in Calimesa, CA with his wife [7].