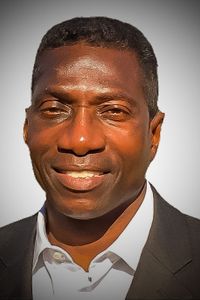 McColumn grew up in Macon, Georgia. He has attended US Army War College, Webster University, and Elmira College where he earned his Master’s Degree in Strategic Studies, Education, and Business Administration. He served in the U.S. Army for 35 years, serving multiple positions including strategic leadership in logistics and acquisition. While serving in the military, he co-founded the Good Shepherd Church of God in Christ in Tokyo