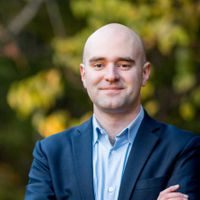 Josh McLaurin attended the University of Georgia and received his law degree from Yale University. Currently, he practices law at the firm Krevolin + Horst, which is located in Atlanta.
Currently, McLaurin has been a member of the Georgia House of Representatives, representing District 51 since 2019. He is a part of many committees, including Budget and Fiscal Affairs Oversight, Energy, Utilities & Telecommunications, Judiciary Non-Civil, and Special Rules [2].