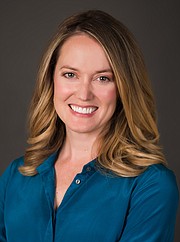 Kate Doyle Feingold graduated from George Mason University with a PhD in Criminology, Law, and Society. Doyle Feingold is a former private practice attorney and Marine captain [1]. As a public defender, she defended 60 clients at courts martial before serving as Special Assistant to the U.S. Attorney in 2011. Following honorable separation from the Marine Corps, Doyle Feingold served as an AttorneyAdvisor for the Department of Veterans Affairs [2].