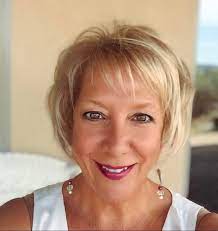 Kathryn Royer earned a B.A. in Telecommunications from Indiana University Bloomington. She has held a variety of roles in PR, media, and communications, including: Director of Public Affairs for CBS Corporation, Communication Services Manager at Northern Indiana Public Services Co., and Associate General Manager of Communications and Public Affairs at Central Arizona Project.  Royer was first elected as Cave Creek City council member in 2018 and has served since then.