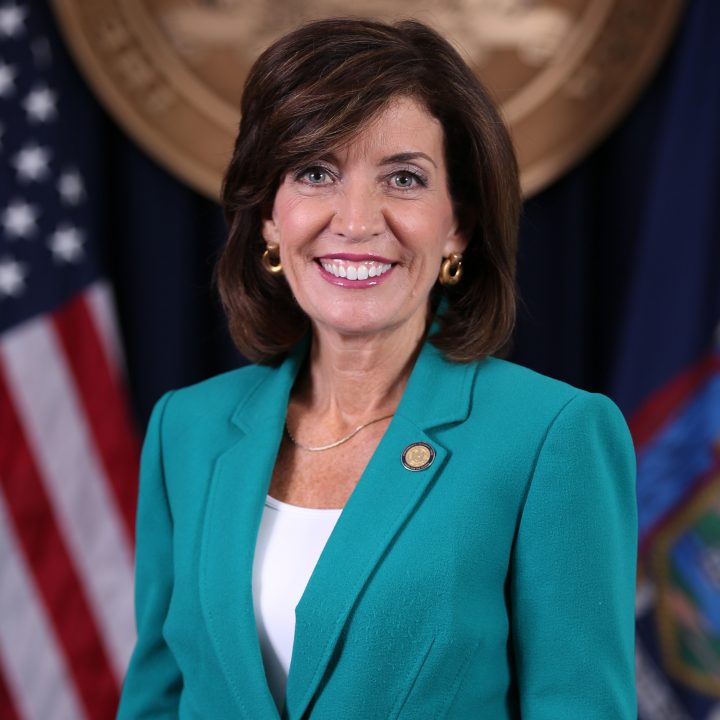 Hochul was born and raised in Buffalo, New York. Hochul received her bachelor’s degree from Syracuse University and her Juris Doctor from Catholic University. Hochul began her career working for a law firm in Washington D.C. and later as a legal counsel and legislative assistant to U.S. Representative John LaFalce, U.S. Senator Daniel Moynihan, and the New York State Assembly. Hochul began her political career serving on the Hamburg Town Board from 1994 to 2007. Hochul was appointed to Erie County Clerk in 2007 and was reelected in 2010 on the Democratic, Conservative, Independence, and Working Families Party ballot lines. In 2011, Hochul won the special election to fill the seat in New York’s 26th congressional district and later lost her reelection to the position in 2012. Hochul was named Governor Andrew Cuomo’s choice for lieutenant governor during his reelection in 2014, and both were reelected in 2018. Governor Cuomo annouced his resignation on August 10, 2021, after his sexual misconduct scandal, and Hochul is set to succeed him as the first female governor of New York on August 24th.