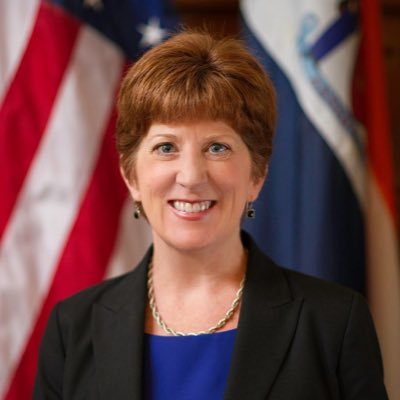 Sheehan was born outside Chicago and raised in the Midwest. She is one of six children. Sheehan earned a bachelor of science degree in journalism from Bowling Green State University in 1985 and a Juris Doctor from the Albany Law School. She worked in the Albany office of Bond, Schoeneck & King after graduating from law school and in 1996 took a position to the Intermagnetics General Corporation in Latham, New York. Sheehan was criticized in 2017 by Bishop Edward Scharfenberger for supporting and attending a rally for Planned Parenthood despite being Roman Catholic. Sheehan and her husband Bob married in 1992, adopted a son named Jay, and purchased a house in the Arbor Hill neighborhood in 2018. She has served as mayor since 2014. Prior to her role as Mayor of Albany, she was the City Treasurer from 2010-2013.