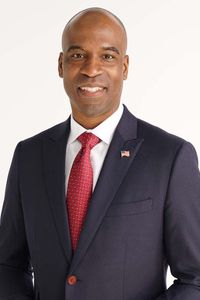 Kelvin King was raised in Mableton, GA. He attended the United States Air Force Academy where he was an All-Conference football player. He graduated from the Academy and served 5 years in the Air Force. After completing his service, he began working with a construction firm before starting his own, Osprey Management. King and his wife Janelle founded “Speak Georgia”, an organization designed to educate and provide resources to the community directly from experts.