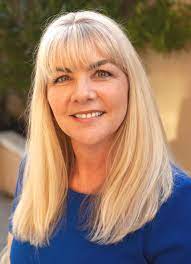 Kristina Duggan graduated with a Bachelor of Arts in psychology from the University of California, Riverside. Duggan is a former business executive, City Council staff person, and President of the Lagoon Playgroup Cooperative Preschool in Belmont Heights. She was a Volunteer Coordinator for the Lowell Elementary School PTA, where she also served as a classroom volunteer. Duggan was a Board Member, Treasurer, and Regatta Director for the Long Beach Rowing Association. She was Treasurer of the Wilson Girls Aquatics Foundation at Wilson High School and assisted the Friends of Belmont Shore with their communications and membership activities, including hosting the annual Long Beach Police Department’s National Night Out event activities for her neighborhood at her family’s home [2].