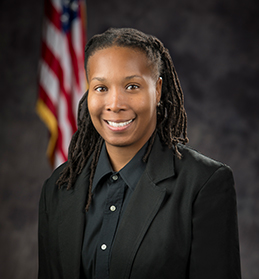 LaKeesha “Klu” Atkinson graduated from Norfolk State University with aBS majoring in Criminal Justice with a minor in Sociology [1]. Atkinson is founder of “Believe, Pray, Overcome”, a philanthropic societal issues movement. Fundraising events established through the movement include Haircuts for the Homeless, Pink GridIron 757, Everybody Eat, and VA to MI. The movement includes “We Are Against Bullying”, a program focused on bullying prevention. Furthermore, Atkinson participated in an event with Partners in the Community in which they collected 2,000+ water cases and delivered them to Flint, Michigan [1]. Atkinson is a member of Portsmouth NAACP Chapter and Men Alleviating Negativity Foundation Board. Atkinson also is an honorary director of the Access College Foundation, and a member of STARBASE Board [1, 10, 15].

In 2017, Atkinson was charged with obstruction of justice for interfering with an investigation. Officers say they had detained two people in connection with a stolen car when Atkinson approached and asked how old they were. These charges were dropped after prosecutors didn’t have enough evidence. Atkinson maintained she did nothing wrong [6, 7, 8]. In 2021, Atkinson was charged with a felony after allegedly participating in a demonstration at the Portsmouth Confederate monument and vandalizing it, including pulling the heads off the monument’s statues. The charges were dropped and her attorney argued that Atkinson and other clients were due payment for being “improperly defamed” when there was “no credible evidence to support the charges.” Portsmouth paid out $150,000 to the 10 people that were arrested in connection to the vandalism [3, 5].