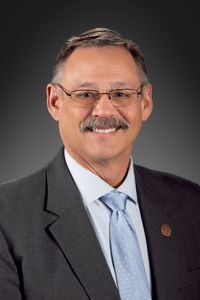 Mark Finchem grew up in West Michigan and attended Kalamazoo Central High School. In 1984, he obtained an A.A. in criminal justice from Kalamazoo Valley Community College. He served as a paramedic and law enforcement officer in the Kalamazoo Department of  Public Safety for 21 years. After moving to Arizona, Finchem held multiple professional roles such as working for a software company and moving to senior management there, becoming a real estate broker, and later working as an energy policy analyst for Clean Power Technologies LLC. In 2019, he earned a bachelor’s degree in state and local public policy from Grand Canyon University. As of now, he is working towards a Master’s degree in law and economics at the University of Arizona. Finchem has served in the Arizona House of Representatives since 2015. Mark Finchem is married and has 4 children. He is affiliated with conservative far-right organizations such as the Oath Keepers and the Coalition of Western States.