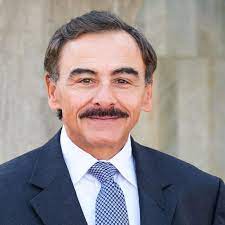 Matt Orlando has a bachelor’s degree in political science from Rutgers University and a master’s degree in business administration from Golden Gate University [1]. Orlando has held multiple professional positions, spending much of his work life in leadership positions at the technology company Honeywell. He spent a total of 22 years there, ending his most recent position as Director of Technical Sales in 2018.

Orlando worked in multiple management positions for aerospace company General Dynamics from 1999 to 2008. However, the majority of his professional experience was serving in the U.S. Air Force and Arizona National Guard for nearly 30 years, retiring as Colonel [3]. Orlando was first elected to the Chandler City Council in 1990, serving until 1998. He was elected again in 2004 and served 13 years due to tenure, his term ending in 2018. Orlando was then elected to an at-large seat on the city council in 2018 and started his current term in 2019 [2].