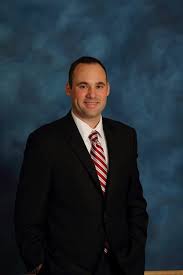 Micheal Schraft is a resident of Angola, New York. He has previously served in the military, becoming a decorated Air Force Veteran. He has also attended Buffalo State for his BA, Binghamton University for his MPA, SUNY at Buffalo for his Ph.D., and has worked as Upstate Director of Helmets to Hard Hats. In 2018, Schraft won his race, becoming an Evans City Councilman.