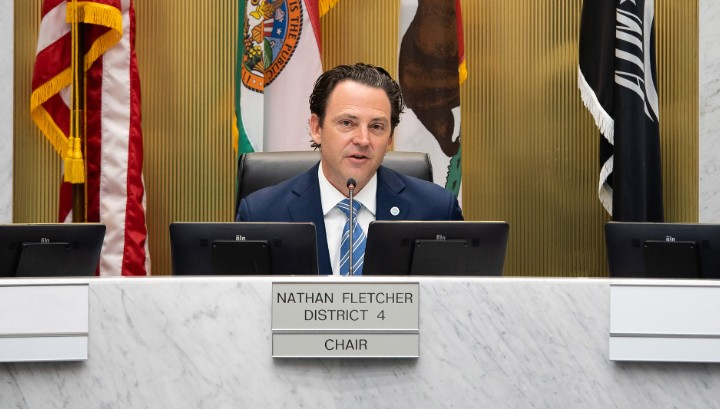 Nathan Fletcher received a BA in Political Science from California Baptist University in 2000. He serves as Chair of the San Diego County Board of Supervisors. Fletcher formerly served in the United States Marine Corps. He has also served as a California State Assemblyman, 75th District, worked with Qualcomm as a strategist, and as a professor at the University of California, San Diego.

With his posts on the California Air Resources Board, the Board of Supervisors, and as Chair of the Metropolitan Transit Agency, he hopes to tackle climate change. He is an advocate for behavioral health services and environmental justice [3]. Assemblyman Fletcher and his wife, Assemblywoman Lorena Gonzalez Fletcher, live with their five children in the City Heights community of San Diego [1].