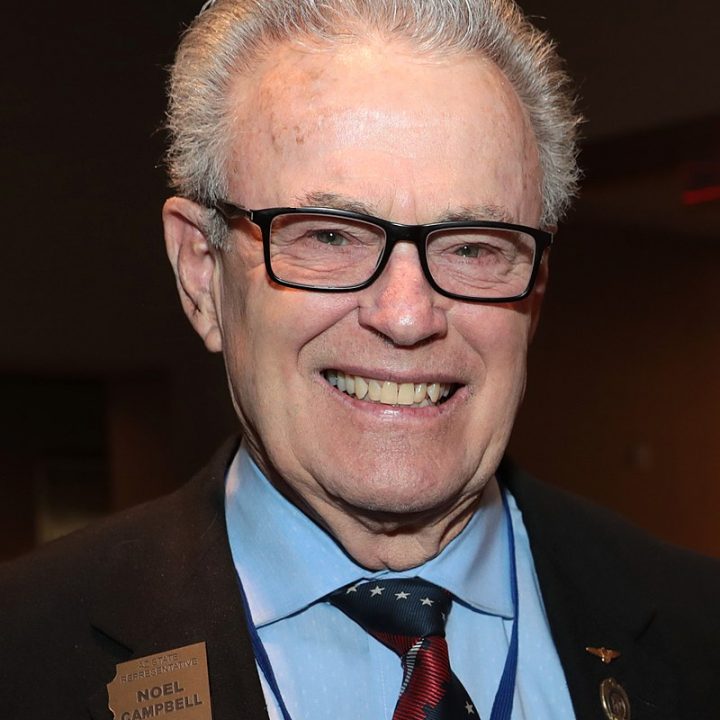 Campbell grew up in Phoenix, Arizona, and was born into a family of Law Enforcement Officers. Campbell attended and graduated from Saint Mary’s High School and then graduated from Arizona State University in 1965 with a Bachelor of Science Degree in Business. During his junior year in college, Campbell became fluent in Spanish. Upon graduating, Campbell joined the Navy and earned numerous awards throughout his time in Vietnam. Campbell did one tour in Vietnam and remained on active duty until 1971. Campbell would retire from the naval reserves in 1991 as a commander.

After retirement, Campbell worked with Border Patrol to combat illegal drug trades. During this time he served as Customs Liaison in the Joint Chief of Staff. After retiring from this career. Campbell began fighting forest fires with the U.S. Forest Service. Campbell then served as a member of the Arizona House of Representatives from 2015-2021 where he worked to pass legislation for environmental, economic, education, and drug-related issues. Campbell has received accusations of domestic abuse from his wife after pushing and striking her in the neck and face. Campbell’s wife did not press charges and believed that the attack was a result of Campbell possibly having dementia. She stated that they planned to seek medical treatment.