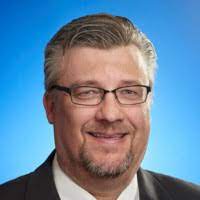 Raymond Grim is the owner of Raymond E. Grim Agency LLC, an insurance agency [3]. He is also a former pastor, Government Affairs Committee Chairperson for the Surprise Regional Chamber of Commerce [2]. As Chairperson, he worked with the City of Surprise to establish a new sign ordinance that was a compromise between businesses and the city’s appearance. He was later awarded Member of the Year by the chamber and he continued to strengthen relations between the city and businesses. He also created the Business 4 Ed challenge, an initiative where local business owners were encouraged to support and adopt a teacher, school, or classroom and pay for school supplies. Grim was also a part of the Parks and Recreation committee for the City of Surprise, where he helped expand days of service of a local library, and listened to citizens’ concerns over park maintenance [1].