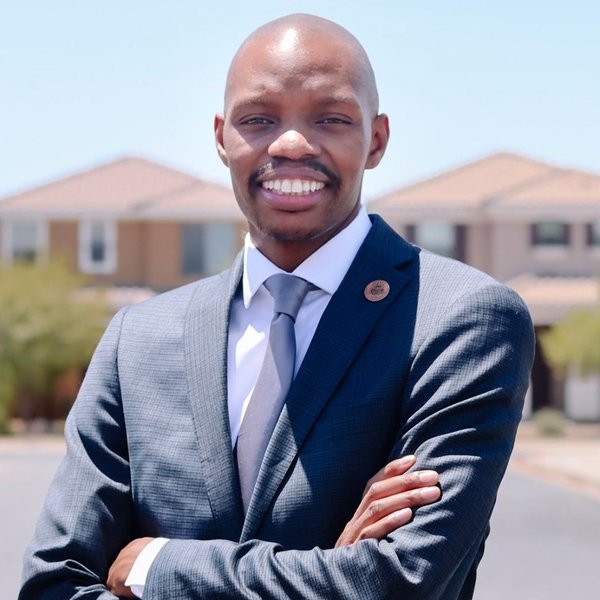 Reginald Bolding is a Democratic member of the House of Representatives and has been serving Arizona’s District 27 since January 5, 2015. He attended the University of Cincinnati from 2004-2008 as a first generation college graduate, earning an undergraduate degree in Criminal Justice and International Studies [2]. He now serves as the ranking member of the Arizona House of Representatives Education Committee. He also sits on the Ways & Means Committee. Bolding first became interested in politics after meeting President Barack Obama, and he became an organizer for the Obama campaign. He then became a Special Education math teacher in an underserved Arizona neighborhood. Bolding is the founder of the largest Black-led voting rights and community engagement organization in Arizona [1]. At the age of 28, Reginald Bolding was elected to the Arizona House of Representatives to represent downtown Phoenix, South Phoenix, Laveen, Tempe, and the Gila River Indian Community [2]. Bolding is the founder and Co-Executive Director at Our Voice, Our Vote – Arizona (OVOV) and the Arizona Coalition for Change (C4C) [3]. Bolding and his wife Cymone live in the South Mountain/Laveen community in Arizona [2].