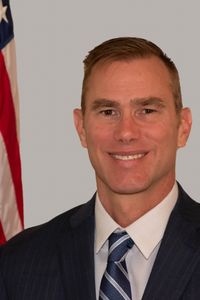 Robertson earned his degree in Education in Georgia State University. After this, he became a high school teacher in Dekalb County. He then joined the Air Force, and was deployed in both Iraq and Afghanistan. He served as a communications officer for seven years, working in strategic missile defense. After serving in the military, Roberson received his law degree from Widener University School of Law in Delaware. He became a Judge Advocate General’s Officer, working in all legal matters regarding the government.