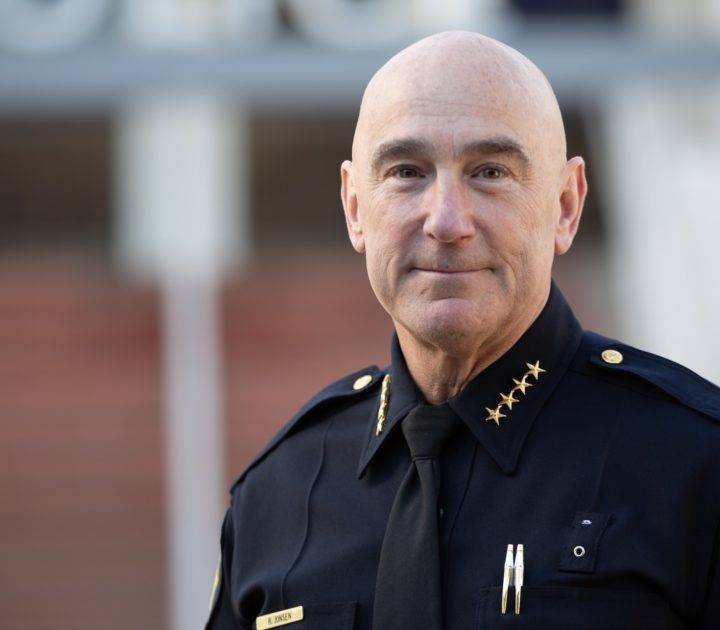 Jonsen graduated from Novato High School and won a role as a stormtrooper in the original Star Wars movies. He has worked in cities like Los Angeles, Menlo Park, and Palo Alto. Bob coordinated crime reduction efforts in the Antelope Valley region of Los Angeles, which led to the initiative being awarded the “James Q. Wilson Award for Community Policing.” During his five years with the MPPD team, Bob worked to develop innovative approaches to reducing crime, forming coalitions with the community and local businesses, and engaging residents in ongoing opportunities to connect with the men and women in uniform. Bob became the Chief of Police for the City of Palo Alto in 2018 [2].