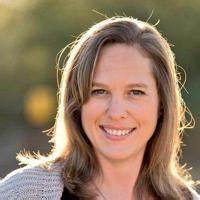 Shawnna Bolick graduated from the Maxwell School of Citizenship and Public Affairs at Syracuse University with a Bachelors degree in policy studies (with a focus on education and environmental policy). While attending graduate school at American University in Washington D.C, Bolick worked for U.S. Senator Rick Santorum and worked as a researcher at the Heritage Foundation. Shawnna Bolick moved to Arizona in 2001. She published her first book in 2004. Bolick has served in numerous educational advisory roles throughout her time in Arizona. and is an important member to the educational community. In 2015, she was appointed by Governer Doug Ducey to serve on Arizona’s Early Childhood Education and Health Board. She was more recently appointed by Governor Ducey to the Arizona Juvenile Justice Commission. Bolick is a mother as well as pet owner, and lives with her family in Phoenix, Arizona.