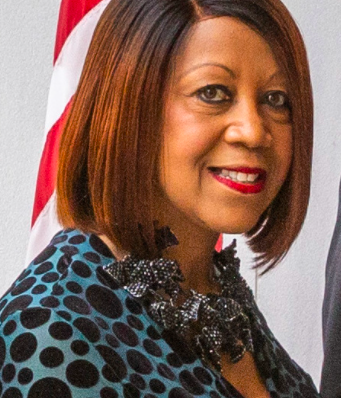 Oliver graduated from Lincoln University with a Bachelor of Arts in sociology in 1974 and Columbia University with a Master of Science in Planning and Administration in 1976. Oliver was born in Newark, where she lived and attended school until college. After 6 years of serving on the board, she was chosen to serve as President of the East Orange School District in 1999, and later, after a unanimous election, became the 169th Speaker of the New Jersey State Assembly in 2009. In 2017, Phil Murphy selected Oliver as the Democratic candidate for lieutenant governor of New Jersey, becoming the first African American woman of the Democratic party to become a lieutenant governor in America.