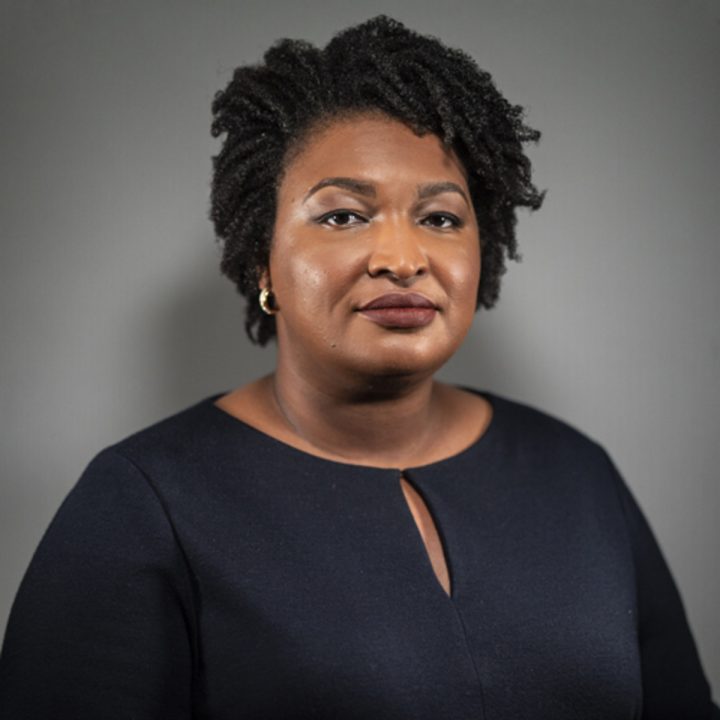 Stacey Abrams earned her bachelor’s degree in political science, economics, and sociology from Spelman College, her master’s from the LBJ School of Public Affairs, and graduated from Yale Law School. Abrams formerly represented Georgia’s 89th Congressional District in the Georgia House of Representatives.

Prior to her election, Abrams was a deputy city attorney for the city of Atlanta. Abrams was the first African American to lead either party in the Georgia General Assembly. She received the JFK New Frontier Award to commemorate her efforts as an elected official under 40. In the Georgia House, she successfully advocated for the restoration of a full-day pre-kindergarten program that was at risk of being cut due to lack of funding. Abrams ran for Governor as a Democrat in 2018 and lost to the Republican candidate Brian Kemp. Following her loss in 2018, Abrams founded Fair Fight Action to support voting rights and address issues of voter suppression. She is also an author and has written both fiction and non-fiction books.