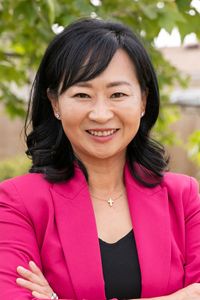 Sunny Park has a B.A. from Yonsei University in South Korea, a J.D. from Golden Gate University School of Law, and an LL.M in Tax Law from New York University School of Law. She is an immigrant, attorney, and the first Asian American Pacific Islander to be elected Mayor of Buena Park. She is on the Community Economics and Housing Development Committee of the Southern California Associations of Governments. She previously served as a State Commissioner on the California Board of Accountancy, where she regulated certified public accountants. She has provided free legal services to working families in Orange County, and is a counsel attorney at Asher Law Group [1].