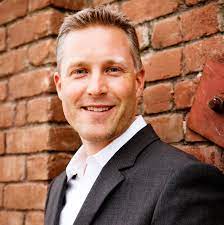 Sven Maric holds a MBA focused in Marketing and Finance from Southeastern Louisiana University. [1]. Maric is a Co-Founder at MarketingBelt LLC, a local sales and marketing company, started in 2019 [1] [2]. Maric has previously worked in various Marketing Technology positions, and was the founder of Iconik Agency LLC, which ran from 2017 to 2018. He also worked at Sony, DirectTV and Toyota USA HQ, and founded several startup companies [6].