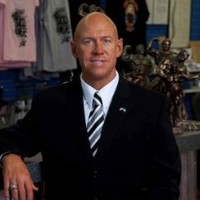 T.J. Morgan Jr. obtained a BA in Health Science from the University of Richmond and earned a Doctorate of Chiropractic as president of his class at Life University. Morgan opened a chiropractic and a wellness center and has worked as a chiropractor and football coach. As a professional bodybuilder, Morgan has also earned several bodybuilding awards [1, 3].