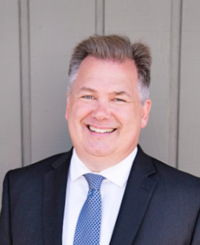 Tommy Hough received a BS in Communications, English, History, and Broadcast Journalism from Ohio University. Hough has held a variety of positions in the broadcast university, including a Producer at CBS radio and Morning Host and Public Affairs Director at Lincoln Financial Media. He was also a broadcaster at Alpha Broadcasting, a Morning Host at Local Media San Diego, and is currently a Content Consultant at Strike Fire Productions. Hough worked at Treehuggers International, Surfrider Foundation San Diego County, Oregon Wild, and Public News Service in broadcasting roles. He was the Co-Founder and President for the San Diego Democrats for Environmental Action and operates Communications and Campaign Coordination for the San Diego Audubon Society [9].

Hough previously was a radio host at FM 94/9, KPRI, 91X. He was also the founder and host of many shows, such as Brunch With Bob and Friends and Treehuggers International. He is currently a [1]. Hough was a Central Committee Member of the San Diego Democratic Party, and a delegate of the California Democratic Party [10].