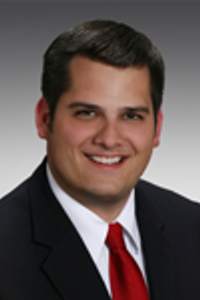 Thomas “Tommy” R. Smigiel Jr. earned a BS in education from Old Dominion University, having been student body president, Student Leader of the Year, and a finalist for the Kaufman Prize. He then earned a master’s degree in school administration and supervision from Cambridge College and an educational specialist degree from Walden University.

Smigiel was recognized as the 2007 Norfolk Teacher of the Year and the 2008 Virginia Teacher of the Year, becoming a finalist for National Teacher of the Year. He was previously named Norfolk Public Schools’ Science Teacher of the Year and was an assistant principal at Granby and Lake Taylor High Schools. He became the planning principal of Norfolk’s 3rd-8th Grade School Academy for Discovery at Lakewood in 2014, serving for six years and implementing Project Based Learning and the International Baccalaureate Middle Years Programme school. In 2020, he became the principal of Granby High School. Smigiel received the 2009 Old Dominion University Distinguished Alumni Award. He was also recognized by the Norfolk Jaycees in 2011 as an Honorary Member and in 2017 as a Distinguished Alumni of Norfolk Public Schools.

Smigiel served as an officer and board member of both the West and East Ocean View Civic Leagues, coordinating neighborhood clean-ups. He was then appointed to the Norfolk Environmental Commission by the city council.

In 2007, after a gang mob attack in his neighborhood, Smigiel coordinated a town hall forum and helped East Ocean View get selected as a Project Focus neighborhood. After gang members broke into his home, he decided to bring more attention to Ocean View and Ward 5 and ran for city council.
Smigiel was elected to the city council, representing Ward 5, in 2010. He was co-chair of the East Little Creek Road Task Force and Ocean View Advisory Committee. He was appointed to the Hampton Roads Planning District Commission. He also co-chaired the Mayor’s Commission on Life Long Learning and serves as a board member on the Old Dominion University Darden College of Education and Professional Studies Advisory Committee. He has additionally served on the Board of Directors for Virginia Municipal League, becoming president in 2019. Smigiel previously served as a member of the YMCA of South Hampton Roads Youth Development Advisory Committee. In 2015, he was awarded a Top 40 Under 40 Award by Inside Business [1, 4].